Hey! I'm Kat. I'm a designer, dog agility competitor, hiker, and lover of fancy dress. I also love working with water conservation authorities to protect our fresh water and have started up a non-profit to help me do that (it's called Water Rangers).

Meet my family and the team at our company, Capra:

It's me! I love building beautiful, usable websites and games. I'm often off hiking with fellow herdmates, collecting water samples for Water Rangers, obsessing over goats or coming up with ideas for new games.

Kenny loves swimming, chasing sticks through the heather and playing 'hunt the cheese'. When not stealing your socks, he is trying to remove your earrings. He enjoys agility (dog walk and a-frame) and is the fastest mailman in the country.

Phoebe is the newest team member. She enjoys snoozing on your head, cuddling and organizing the company's cheese day. When not sleeping, she enjoys walking in the forest, chasing after pinecones and making friends with everyone.

Ollie can’t decide if he’s a designer or a coder, but you can guarantee anything he’s done will be on a grid and baseline. He also has an unhealthy obsession with trainers and condiments.

Safetygoat is a personal space for my musings and design work (I also run a design firm at Capra Design with my talented husband). Safetygoat was born from a joke between a work colleague and I while working in London, UK. You had to be there, but believe me, it was hilarious.

Safetygoat soon became a mascot for the office, and I began learning how to make moulds so I could make my own toys for prizes for the various competitions and events I was always running. Safetygoat then flew around the world, became the character themed in scavenger hunts, got spraypainted onto a banksy-themed tunnel exhibition and more. It is unfortunate that I currently don't own any goats, but I visit them whenever I can. I don't often make them wear lifejackets, but if we were near the water I might (Fun fact: Goats can swim, but many do not like going in the water). 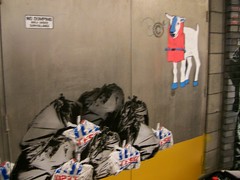 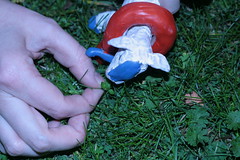 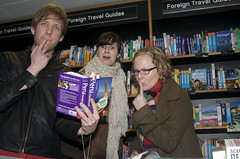 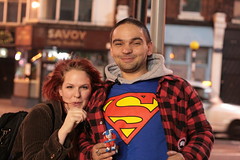 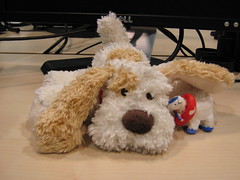 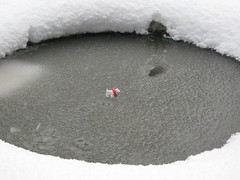 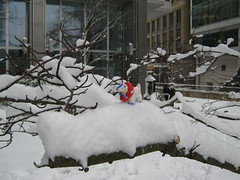 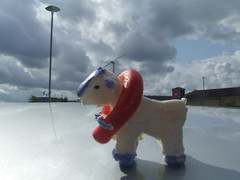 I make websites and casual games

I’m a web or app designer, but also take on front-end coding, UX and project management when the need arises. Every day I like to have fun, so it’s lucky I find design work exciting!

I’m a competitive goat, and that makes me a better game designer. I was lucky enough to work with Natron Baxter on Jane McGonigal’s SuperBetter (for both web design and build, as well as iPhone app), a game where you battle bad guys and get power-ups in a quest to get over illness or injury.

Just as with websites, I like to make sure our interfaces are easy and fun to interact with, whether it’s September 2013), Refresh Ottawa (April 2015) and will be speaking at CanUX in November. I am looking for more speaking engagements, so if you’d like me to speak, get in touch.

Non-Profit. After being part of one of the winning teams for the Aquahacking competition for the Ottawa River Summit, I co-founded a non-profit to track water measurements for fresh water. It’s called Water Rangers and I’m working on it in my spare time. We are in beta testing right now and will launch our version 2 this spring.

Kat's turnaround speed, real-time iteration, and ceaseless dedication to getting something right are unparalleled, and she does it all with a laugh and a smile. She is the perfect mix of right brain, left brain, and extreme charisma. I would work with her again in a heartbeat and wish I could have her on every project.